The Facts, only the facts. The Text of the Resolution

UNITED REPUBLICANS /Be It Resolved.....

WHEREAS: Ronald Reagan has made eloquent conservative speeches while his deeds have served the liberals;

WHEREAS: Despite Reagan's CLAIM OF CONSERVATIVISM SINCE 1950, the left dominated his POLITICS PRIOR TO 1960;

WHEREAS: During his 1966 GUBERNATORIAL RACE, Reagan selected liberal Rockefeller men to run his campaign, and upon election, his APPOINTMENTS continued in the same pattern, excluding conservatives.

WHEREAS: Reagan PROMISED ECONOMY but doubled the State Budget and raised taxes;

THEREFORE BE IT RESOLVED: That UROC oppose Ronald Reagan as candidate for President or Vice President, and urge Americans nationwide to carefully scrutinize his record.

CLAIM OF CONSERVATISM SINCE 1950

Reagan claims his conservative speeches made during 50's

As candidate promised support for repeal of the Calif. Forced Housing Law (Rumford Act); after election, he vowed veto of Rumford repeal and opposition to initiative to repeal it. (L.A. Times, 4/3/68, 4/4/68; Schmitz Press Release, 4/3/68).

MEDICINE: SIGNED A MEDICAL BILL that “could contain biggest step towards socialized medicine in history of California.” (Oakland Tribune, 4/21/67).

OEO: Saved Office of Economic Opportunity in Calif. When Legislature reduced appropriation to $100 by donating $100,000 from own office funds. (L.A. Herald-Examiner, 8/4/71).

Posted by Melinda Pillsbury-Foster at 9:03 PM No comments: 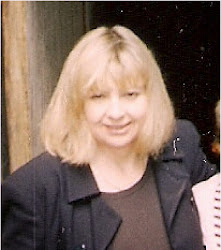 The Truth about Ronnie

Ronnie was a wonderful guy. But he was a NeoCon hire and never a Conservative.